If I fancy myself a Sherlock Holmes-like consulting editor (minus the drug use and high-functioning sociopathology, of course), then I value my Irregulars for their help, insight, and awesomeness. I have a new one now: she calls herself Penny Provocateur.

I’ve seen Penny here and there around social media, and I know she’s the real deal. She’s had some experiences (forgettable ones) with a certain type of academic. She calls him #CreepyFakeGuy, but he could just as easily be That Professor, That Pseudo-Activist, That Professor Trivago Guy, That Kiss-Ass, That Creepy Married Guy (who compliments your new haircut or profile pic a little too eagerly), and so on.

You know the type: 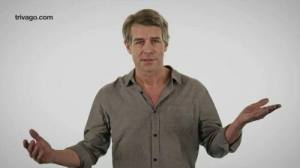 If you’ve worked in academia long enough, you know that it attracts certain types. They can be found on nearly every campus. This serves as your new school year’s warning to beware of #CreepyFakeGuy, since he can exist as a grad student or faculty member.

CreepyFakeGuy will be just the right amount of nice and subservient to the faces of all in charge: program directors, chairs, and deans. He seems very compliant and docile. He is beloved by those in charge. He will be given the best assignments and special tasks and/or classes, regardless of whether he is the most qualified or in line for such items.

CreepyFakeGuy gets accepted to many conferences, and when you find yourself at the same one, you must attend his session because you fear he will give a full report on the situation to your chair. He’s second cousin to #FancyNewGuy, yet without the fake charm, accomplishments, and pedigree. You don’t have to worry about him attending your panel: your paper and presentation are far beneath his concern. He’s too busy trying to get a leg up than return the collegiality you’ve shown him.

At this conference you uncover CreepyFakeGuy’s secret; the answer to how he attends so many conferences on his adjunct status: He doesn’t go!

Yes, confirms another attendee, he’s done this many times. Secretly, you would like to share this fact far and wide and see if he leaves all these conference acceptances on his CV…regardless, you know, of whether he actually attends the conference.

CreepyFakeGuy also acts…oddly…around the female-presenting people he encounters. There was that one time he texted you repeatedly. How did he get your number? Off the interdepartmental directory, of course! It was weird. Later, you learn he has done this to other grad students and adjuncts. Always the people the least likely to confront him. Nothing CreepyFakeGuy does is clearly reportable, but you know that feeling in the pit of your stomach that something isn’t quite right? His interactions with the female students cause it. None of this is exactly documentable evidence, thus he goes on winning them into his confidence and raking in the good reviews.

For him, the directory isn’t just a directory: it’s also his potential dating pool.

CreepyFakeGuy seems to have another problem talking with his female students. Now, you thought it was just your dislike of CreepyFakeGuy coloring your perception of this, but then your guy friend brought it up without prompting. CreepyFakeGuy definitely talks too much about their personal lives with the women: his and theirs. Ew.

Your guy friend didn’t confront him either.

CreepyFakeGuy is a departmental favorite. It would look like hating Mister Rogers. No one would believe it anyway. CreepyFakeGuy reminds you of a Golden Retriever that isn’t very bright: he constantly does things that are wrong but then looks so charmingly that everyone just pats him on the head instead of whacking him with the newspaper, thus he never gets any better.

Just to be a bit more galling, CreepyFakeGuy has a reputation as an activist, though he has only really been seen acting. As if he goes to multitudes of conferences. As if he is a specialist in his field. As if he’s a feminist scholar. As if he’s far superior to the rest of us. In fact, the actual activists find his efforts lacking. Some of them think he might just be the administration’s mole. No one will say it because no one would believe it.

If you find yourself in the company of CreepyFakeGuy, I suggest you develop a persona and only ever feed him false information regarding your research and activism. If you are the kind of person CreepyFakeGuy is attracted to, quickly start a rumor that the phone number given out on the directory is wrong.

Good luck! And consider washing your hands after you see him next time. Don’t want to catch the creepy from him.

Leave a Reply to The Consulting Editor Cancel reply